We spend more on home entertainment (Netflix, Amazon, Disney etc) than we do on learning new skills. Why? 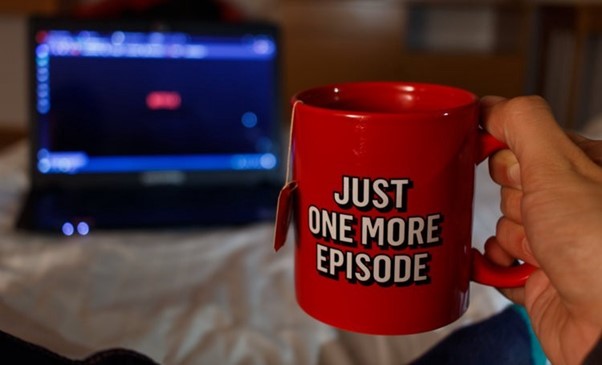 We are at a unique point in time. The global pandemic is having a seminal – possibly permanent – impact on our lives, in how and when we work, how we communicate, how our kids are educated – even our television consumption habits. As millions of us are spending much more time at home with limited options for recreation, Netflix, Prime, Disney+, Apple, Sky to name a few are all fighting for supremacy, competing for our time and our money. Streaming services have become a staple in many households, even before the pandemic kept people inside. It’s not hard to see why – a relatively small outlay per month provides access to more games, music, movies and TV shows than you could ever hope to buy or rent, let alone store on your devices.

People justify spending time in the evening in front of a television or computer for many reasons. A lot of people want to relieve stress or just take some time to slow down, start watching a series and escape from reality (an electronic glass of wine after a hard day’s work if you will). The working week is already long, even more so for many as the balance between work/life is becoming increasingly blurred in a digital age of remote working – and it’s important that problem isn’t made worse. Humans didn’t evolve to be constant productivity machines. We evolved to live balanced lives, lives with work and play, effort and relaxation.

But consider this. As you lie on your deathbed about to take your last breath, how likely are you to utter the words “I wish I’d spent more time watching television”.

Life is too short, and there are too many things that are more important and more fulfilling than sitting in front of a television. But as the evening arrives, the average person will plant themselves on the couch and ‘stream’ for on average two hours per day. Now by no means does two hours of TV qualify as ‘binge’ consumption, but when you do the maths it’s quite shocking. Two hours a day adds up to 730 hours over the course of the year, which equates to 30 days per year. So on average, we’re sat in front of the TV for an entire month per year.  Netflix users alone watch more than two billion hours of movies and television shows every month!

That figure will be different for all of us but it doesn’t make great reading. Imagine what you could accomplish if you put that time (and money) into a new hobby or building a business, learning a new skill or having non–digital fun? As crazy as it sounds, once upon a time people had to be more creative with their free time.

So why not learn something new instead?

We know from years of research that learning is a core need for psychological wellbeing. Learning can help us build confidence and a sense of self-efficacy. It can also be a way of connecting with others too. As human beings, we have a natural desire to learn and progress. Psychologists call it ‘mastery’. The problem is our brains have a different idea. Our brains are just 2 per cent of our body weight but use a huge 20 per cent of our energy. The brain takes its energy from the food that we eat and the oxygen that we breathe, and it burns this oxygen and glucose at about 10 times the rate of our muscles per unit mass. In fact, the brain uses up so much energy that it dies if denied oxygen for just a few minutes. What are the implications of this? Our brains want to conserve energy and they therefore tend to be lazy. This desire to conserve energy means that our brains often take the path of least resistance: they like short cuts where they don’t have to work so hard. This can be useful but also problematic.

Streaming services are designed to engage the path of least resistance. Functionality, aesthetics, and immediate prompts to the next episode all tap into the reward centre of our brains. Finishing several episodes, or even a whole series allows us to feel as if we have completed a task, which causes a surge of dopamine release in our brains. This dopamine then motivates us to keep watching more, creating a feedback loop that is seemingly never ending. As good as it may feel at the time, it seems silly when placed next to other ‘real’ accomplishments. So, are we addicted to our entertainment services? I’ll leave that open for discussion but Stephen Covey isn’t far off with this quote:

“Too many vacations that last too long, too many movies, too much TV, too much video game playing – too much undisciplined leisure time in which a person continually takes the course of least resistance gradually wastes a life. It ensures that a person’s capacities stay dormant, that talents remain undeveloped, that the mind and spirit become lethargic and that the heart is unfulfilled.”