Is your business equipped to soar to new heights? 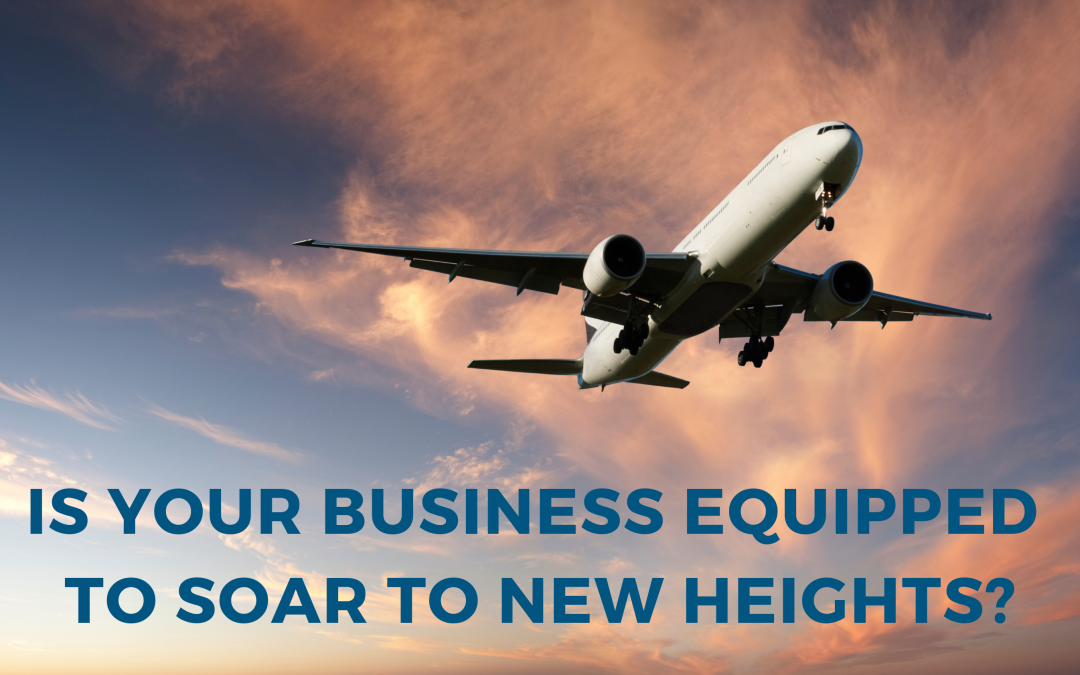 A case study around purpose, aligned expertise and mutual empowerment

Fostering purpose, aligned expertise and mutual empowerment requires a concerted effort to ensure people understand the business context and can identify ways in which they can personally be involved in decision making to sustain or improve the performance of your business.

A powerful lesson of this occurred on 21 July 1989. United Airlines Flight 232 was scheduled to fly from Denver to Chicago, captained by Alfred Haynes. Haynes was an experienced pilot who was two years shy of retirement, with 29,967 hours of flight time under his belt. Unfortunately, fate had other plans as the aircraft crash-landed in Iowa after a failure of its tail engine, caused by the loss of all hydraulic control of the plane. Of the 296 people on board, 110 passengers and 1 flight attendant sadly did not survive. All parties in the cockpit lived, albeit seriously injured.  However, despite the number of deaths, the accident is considered one of history’s prime examples of success during a catastrophic failure. Haynes humbly and vulnerably admitted he was at a loss during this panicked situation, and his approach precipitated an air of empowerment to every single person aboard that flight. Each individual did what they could, no matter how miniscule, insignificant or bold their ideas were, to benefit the collective.

What makes this historical event even more momentous is the fact that the crew had never been subject to training of any sort that would entail a total loss of hydraulics, given that it was “virtually impossible” for survival should something so improbable ever occur.  No procedures had ever been established for such an event.  Given the magnitude of this reality, no one should have survived that flight. However, the passengers and 11 crew members defeated the impossible and walked away with their lives. They were compelled by a shared purpose, and miraculously worked in unison to achieve their objective: survival.

The United Airlines McDonnel Douglas DC-10, carrying 285 passengers and 11 crew members, experienced a cracked fan blade in the rear engine an hour after taking off.  The engine disintegrated and then failed, whilst flying debris severed all three hydraulic lines.  A loud bang was heard, the aircraft started to shudder and began rolling toward the right. The pilots discovered the autopilot and manual controls had zero effect.  The emergency was communicated back to Minneapolis Air Traffic Control, who advised the plane should attempt a landing at an airport in Sioux City.

As fate would have it that day, a United Airlines DC-10 training instructor was aboard as a passenger and he alerted a member of the crew of his willingness to help. With his assistance, the aircraft continued its journey in a series of barely controlled spirals. The instructor, shoulder to shoulder with the two other pilots in the cockpit, managed to use the thrusters to pull the plane enough to the left to approach the landing strip. Due to descending too steeply with great speed, Flight 232 tilted as it landed, resulting in the right wing being severed. The aircraft bounced several times, causing the tail section and cockpit to break off. The body of the aircraft skidded and rolled over, eventually coming to a halt in a cornfield.  The crisis was not over.  Fuel ignited immediately as Flight 232 hit the ground, with emergency personnel rushing to the rescue. After being smashed into the earth, 185 people clawed their way to survival.

After the incident, new protocols were put in place regarding the manufacture of turbines; moreover, changes have since been instigated that means that all modern-day aircrafts are highly unlikely to endure the loss of all control systems simultaneously.

The impossible made possible

How is it that an aircraft emergency destined for catastrophe, with a statistical probability of survival being one in a billion, managed to become one of the most historical events of triumph whilst being one of the worst crashes in aviation history?

Survival was not owed to the individual skills of a few elite aviation experts onboard. Instead, it was owed to the collective power of shared purpose, aligned expertise and mutual empowerment.

On that 21st day in July, the crew were compelled by a common purpose. After learning of the fatal mechanical failure, cabin crew held hands and prayed – and then continued with their business as best as they could to ensure calm amongst the passengers.

The pilots, together with an instructor luckily onboard and the collaboration of ground control, pooled together hard questions, difficult feedback, a willingness to perform under pressure, shared vulnerability, humble exchanges and constant communication to face one of the toughest obstacles of their lives. The survival of more than half of Flight 232’s passengers was owed to the collective intelligence of those involved onboard – and on the ground.

Finally, decisions were not made by those at the top – or in the cockpit in this case. Insight from the seat of a passenger was offered – and welcomed – by the captain. Trust and co-operation bred a context where mutual empowerment thrived.

As a business leader, you’re hardly charged with a business that’s crash landing.  Flight 232 defied history and scientific probability. The question is, how do we instigate purpose, aligned expertise and mutual empowerment, without the threat that the earth is going to smack us into oblivion?

In business, we certainly aren’t trying to create a crisis to instil a shared purpose! But what we can learn from our case study is what inspires people when facing change and potentially difficult challenges. Being clear about purpose can be powerful in countering the ambiguity created by change.  Purpose that can be clearly stated and consistently understood is the anchor for team performance as it gives everyone reference from which to make sense of their role.

Sharing purpose can help drive collaboration, especially when coupled with clear goals.  If you have tried to work in a team, you’ll appreciate that it’s much easier to get the benefits of collaboration if the team members understand what problems they share, what they can do collectively to solve the problems and what common parameters they have to work within to create and implement solutions. During Flight 232, the understanding of exactly what the problems were with the aircraft, communicated by maintenance to the crew, were crystal clear – as well as the brainstorming of what clear goals they needed to collectively pursue to regain control of the aircraft veering too far off balance.

Organisational alignment is not a subject that starts and ends with a company vision and purpose. Creating an environment where all members of the team are aligned around a shared purpose is extremely important.

The performance of your business relies heavily on the effectiveness of your organisation:

‘An organisation’s ability to meet intended business outcomes in a deliberate way, understanding and making best use of the component parts of the organisation as well as the interactions within it, whilst being prepared and equipped to adapt to the demands of your future.’

This definition relies on each member of your team being motivated to contribute to the organisation’s success and, critically, understanding how they contribute and what business success is.  In the case of Flight 232, any hierarchy between Captain and passenger was obliterated; each individual took the onus to solve a problem – no matter how big or small.

Employees who can engage with their work and their working environment are more likely to contribute to an effective organisation if their effort is aligned within and between teams, based on a sense of togetherness and common values that steer the organisation towards ongoing, sustained achievement of shared goals.

Developing aligned expertise takes smart, creative thinking and serious consideration about the shape, size and type of the organisation.  Leaders need to understand what expertise they have amongst their employees and when the organisation spans borders, that’s a tougher job.

Why engage people to come and work with you if you’re not prepared to give them what they need to make effective decisions?  How can you expect employees to be passionate about their work if they have no real influence on how it is done?

When we talk about mutual empowerment, it’s worth clarifying that we don’t mean simply putting the decisions of your business into the hands of your team and walking away.  We are not referring to the abdication of responsibility and we are not advocating a system of employee voice that is based on volunteerism.  Mutual empowerment is a deliberate act of harnessing the talents of your people to make quality and timely decisions, at the right proximity to the work, to achieve the best possible outcomes for your business.  It necessitates participation, critical reflection and the sharing of expertise or experience to help others excel.

In the case of Flight 232, the flight attendants were said to have held hands and prayed together once they found out about the impending doom. Thereafter, they got back to work. They maintained transparency to the passengers about what was happening. Although things were dire, passengers in turn took it upon themselves to comfort others – particularly mothers with babies and children.

In a business  context, mutual empowerment requires a level of trust within the team, allowing people to speak honestly, ask questions, share expertise, be involved in areas of specialism, learn about areas of interest and be accountable for the outcomes.  This is about creating an environment where everyone can use and share their expertise to ensure timely and effective decisions are made for the business.  Fit and healthy organisations allow each member of the team to contribute to decisions in a natural way that promotes idea generation, information sharing, involvement and .

Reflecting back to our case study, the success of 185 people walking away with their lives was not owed to one single act. It was thanks to a combination of shared purpose, aligned expertise and mutual empowerment. The beauty of this case study is that these learnings can be imitated in business. If an impossible situation, given a chance of 1 in a billion for survival, can yield success with the application of these principles, can you fathom the heights your business could soar to by implementing the very same?

Blackmore Four are an independent consulting company, offering specialist advice and tailored solutions to businesses looking to sustain or improve the effectiveness of their organisation.  Our approach is based on a deep understanding of human behaviour at work and an ability to identify and address the specific leadership and organisational development needs of your business.